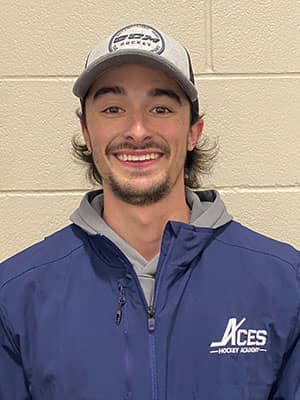 Coach Christian began playing in Nashville, TN where he played for the Southern Ice Storm select program form mites through pee-wee, finishing with the TPH Thunder AAA. After moving to New Jersey, Christian played for the New York Saints organization at the Tier 1 level, as well as for Don Bosco Prep High School. Christian finished his career by playing Jr. B for the Jersey Wildcats and then went on to play club hockey for Loyola University in Maryland.