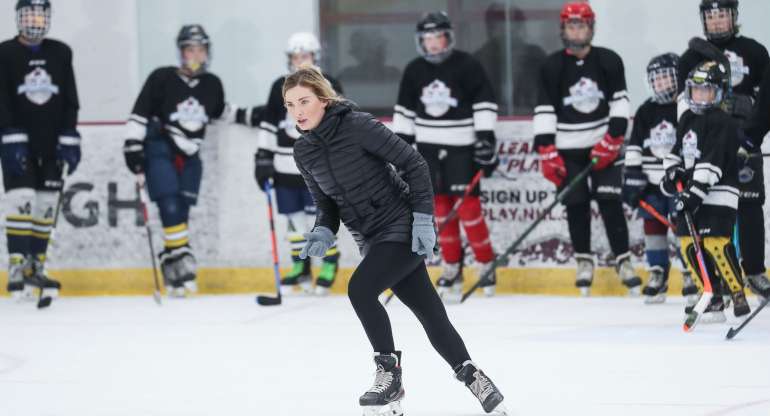 Katy Jo was a highly competitive figure skater for nearly 15 years. At 16 years old, she was approached by a former NHL player and current Tier 1 coach who asked for her help in training edges for his team. Since then, she has continued to guest coach at numerous power skating camps, and eventually started her own power skating business. Katy Jo is at the rink over 40 hours a week coaching players of all ages and abilities ranging from 3 year olds to professional players. We share her beliefs that skating fundamentals are crucial for a successful hockey player, and she teaches Aces students techniques and skills that they will not learn anywhere else.